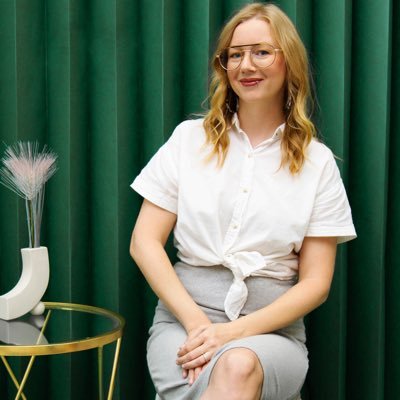 There’s always those uncomfortable conversations that parents want to have with their children: menstrual cycle and sex. It’s like your last relationship, complicated. But thankfully, Reusable Menstrual Cup Expert, Kim Rosas is helping parents tackle at least one. Period.

Recently launched her new business, Period Nirvana, which provides a platform for menstrual education and resources with retail platform, Period.Shop to help consumers not only learn more about menstrual cups but the best option for their bodies. Additionally, Rosas recently launched the first ever reusable menstrual cup teen starter kit to help teens learn more about their bodies, what to expect while on your period and as you grow, in addition to learning about the benefits of using a reusable cup.

I had the pleasure of interviewing Rosas on how we can help erase this taboo worldwide and what people need to know about the reusable menstrual cup.

HBM: When was the first time the menstrual cup and/or disc entered the market?

The menstrual cup has been commercially available since the 1930’s. It was invented by an actress named Leona-Chalmers and originally made from natural rubber. During the war there was a shortage and so the cup stopped production, during which time disposable sanitary products gained traction. After that it was hard for the cup to compete, especially when the disposable market touted the cleanliness of their products while also creating a secret sense of shame around menstruation with their advertising.

The cup re-emerged in the late 1980’s with the Keeper Cup. It was framed as an eco-friendly and natural way to handle your period and never caught on with the mainstream; it was always a fringe product for “hippies,” until the early 2000’s. The Diva Cup brand made great strides in making the cup more mainstream and within the last 10 years the market has exploded to have dozens of brands and innovations. It’s no longer a counter-culture product, it’s embraced by people from all walks of life who appreciate the comfort and convenience the cup offers. Only within the last 3 years has a reusable menstrual disc been available, prior to that menstrual discs were a disposable product made by Instead/Softdisc that originally launched in the late 1980’s and has always had a cult following.

I predict that the menstrual disc is going to rise quickly in popularity because it’s in some ways an even better product than the menstrual cup. It’s ripe for innovation and I know we will certainly be seeing more of them soon.

HBM: Why do you think there’s less advertising for them opposed to ALWAYS and other non-cup brands?

Reusable cups have long relied on grassroots methods to gain customers. The product sells itself and once people try them there is a phenomenon where you have the urge to tell everyone you know. When I first tried a cup I coined the phrase “vagangelist” for someone who goes around telling everyone how much they love their menstrual cup. There was a meme a few years ago that I re-worked for cup users that went “How do you know if someone uses a menstrual cup? Don’t worry, they’ll tell you.” It was true then and true now.

Traditional media and advertising has been out of reach for most brands, though the largest brands like Diva Cup have done some mainstream advertising in big magazines, billboards, and even streaming service ads. Advertising online is attainable and most cup brands buy ads on Facebook/IG/Google/YouTube. They’ve also embraced influencer advertising which is probably a better investment. Most people want to be told by a human that this weird product really works. It’s why my own career has been so successful; people like watching videos of others explaining this product. The reusable period underwear brands are spending money on TV advertisements but so far the cup brands aren’t able to make that happen, but I’m sure it will soon.

HBM: When did you start exploring the world of menstrual cups & disc?

I first heard of the menstrual cup in 2008 or so but because of being pregnant and nursing it was years before I was able to actually try one. My initial reaction then was one of disgust and morbid curiosity, I didn’t know anyone who had tried one, and so the Internet was where I found my education. When my Internet friends spoke of them they put them onto the pedestal of being the best thing to happen to periods, ever. It was hard to comprehend that anything would make me enjoy my period but I finally tried one in 2012 when my period returned after nearly 4 years. It was just like they said; it was life changing! I was an instant convert and went on to vagangelize to my online readers who followed me. I had a large community of YouTube subscribers and followers. Those first videos were just about the only ones you could find on the cup and helped a lot of people make the switch. They coincided with the beginning of the menstrual cup becoming more mainstream!

HBM: What made you want to make this a career and start educating on this particular so-called taboo?

The urge to produce content on “impolite” subjects has somehow always been my career, starting with my first website about cloth diapers. Talking about bodily fluids has been a thing for me and my audience then was very eco- and health-conscious. The menstrual cup fit their lifestyles and so it was a natural jump for me to advocate for cups the way I had spent years advocating and educating people on the topic of cloth diapers. Eventually it felt like the work I was doing should have a new website and I started one in 2015 with a partner (“Put A Cup In It”, a phrase/hashtag I had begun using). That website became very popular and during that time I expanded my solo efforts doing workshops and appearances to teach people how and why to use menstrual cups. I have traveled across the US and even abroad hosting these workshops.

I’ve always had a fire in me to do this work and that fire was too hot to stay where I was so in July 2020 I left my old business to start Period Nirvana and my new store, Period.Shop. What has amazed me about this new journey is how many of my original followers from my first website, people who have been with me since my children were babies, are still supporting me today. They were among my first followers when I announced the new business. There is something to be said about online communities; I feel so lucky to have connected with people over the years through my work and that we have these relationships. I guess when you spend over ten years of your life sharing your life, your birth, and your periods with strangers there is a bond; there is no such thing as TMI in my world and I think that’s a huge part of why people trust me and continue to follow me wherever I go. They know I will be honest to a fault.

The post Meet Kim Rosas of Period Nirvana – Helping to Erase the Stigma Around Menstruation One Cup at a Time appeared first on Home Business Magazine.